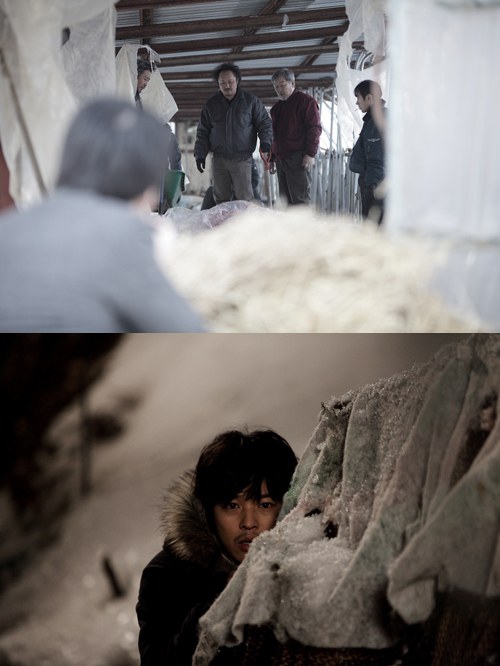 The press distribution conference for the movie "Stray Dogs" was held on the 16th in Wangsipri CGV. Director Ha Won-joon said, "If this movie was sweet and soft then I wouldn't have cast Kim Jeong-hoon".

"Kim Jeong-hoon has always been in sweet and soft movies lately but this time I decided to go on an adventure and cast him for mine. Teamwork was amazing thanks to him. I'm grateful just for the fact that he survived the cold".

Director Ha Won-joon showed love for Kim Jeong-hoon. "I want to study more and star him in other movies of mine in the future. He's the leading actor in my first movie so I think of him as someone special".

"Stray Dogs" is about the tension between two men, a third-class reporter So Yoo-joon (Kim Jeong-hoon) who visits an isolated village and the town chief Jang Ki-noh (Dong Bang-woo) who is hostile towards him. To be released on the 23rd.

"Director Ha Won-joon's "Stray Dogs""
by HanCinema is licensed under a Creative Commons Attribution-Share Alike 3.0 Unported License.
Based on a work from this source