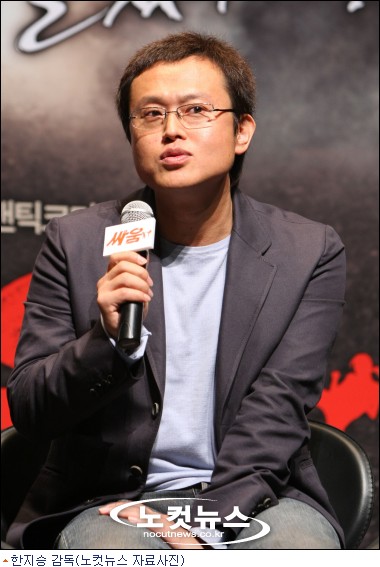 The production team of the 2006 drama "Alone in Love" is getting together again.

"Alone in Love"'s director and production team are joining hands once again for the sports dance drama "Shall We Dance".

Rumored to appoint Hallyu stars, Han Ji-seung has been the talk of the drama industry as he comes back with pre-production of the drama "Shall We Dance" after his hit-making SBS drama "Alone in Love".

Han Ji-seung has been well known for his various works of art in movies and dramas such as "Venus and Mars", "Ghost Mama", "Haru : An Unforgettable Day in Korea" and "Alone in Love". He won the Grand Award at the 8th Keum Kwan Film Festival and is also a talented director who won the 30th MBC Contents Production Award.

"Shall We Dance" has been gathering many fans as it joins hands with the production team of "Alone in Love", which put Kam Woo-sung and Son Ye-jin in the top ranking right away.

Chairman Oh Min-go from Stage Factory, the production team for "Shall We Dance" said, "This drama will be another work of art that expresses in great detail the dramatic story and character of a sports drama".

"Shall We Dance" starts filming next year.

"Director Han Ji-seung makes "Shall We Dance" drama"
by HanCinema is licensed under a Creative Commons Attribution-Share Alike 3.0 Unported License.
Based on a work from this source