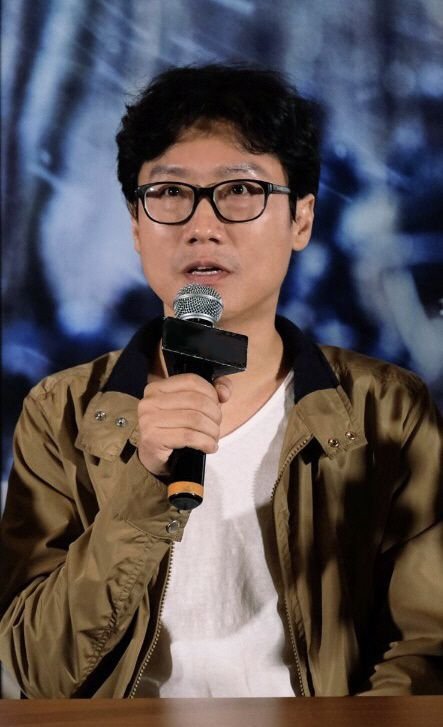 "The Fortress" and "Silenced" director, Hwang Dong-hyuk, is taking on a Netflix drama. He personally wrote this piece, going by the title of "Round Six", too.

According to Netflix, "Round Six" is about people who've failed at life take part in a mysterious survival game for the reward of 10 billion won.

The title "Round Six" comes from the game in which an attacker and a defender come face to face on shapes that are circle, triangle and square, like a squid. If an attacker manages to break through the defender and gets into the circle, or the head of the squid, he or she wins.

"Director Hwang Dong-hyuk Takes on Netflix Drama "Round Six""
by HanCinema is licensed under a Creative Commons Attribution-Share Alike 3.0 Unported License.
Based on a work from this source