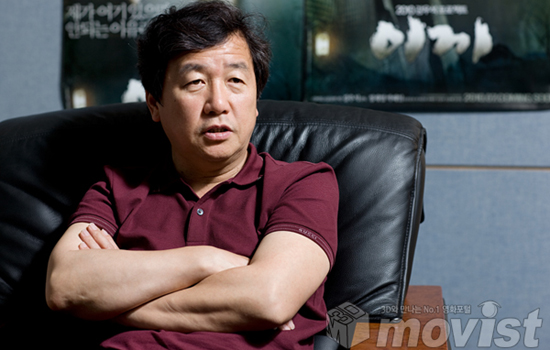 Kang Woo-seok who stepped back from the production team of "King of Chosun" due to conflicts with CJ, has confirmed on his next project. Cinema Service conveyed that Kang Woo-seok will be making web-toon "Fist of Legend" into a movie.

"Fist of Legend" is a web-toon that was published serially on the portal site Daum. It is about a group of people who used to be called 'legends' in their school days participating in a Real Action Fighting Program for a reward every episode. Original writer Lee Jong-gyoo once posted on his Twitter that the signing of publication rights to "Fist of Legend" had been accomplished. This being his second remake of a web-toon, director Kang Woo-seok said, "I decided on this project with the scenario and not the toon itself. It had a high degree of completion although it was just in the beginning stages".

Writer Jang Min-seok from "Secret Reunion" is in charge of the "Fist of Legend" scenario and once the movie has completed casting it will crank in July.

"Director Kang Woo-seok has mind set on web-toon "Fist of Legend""
by HanCinema is licensed under a Creative Commons Attribution-Share Alike 3.0 Unported License.
Based on a work from this source