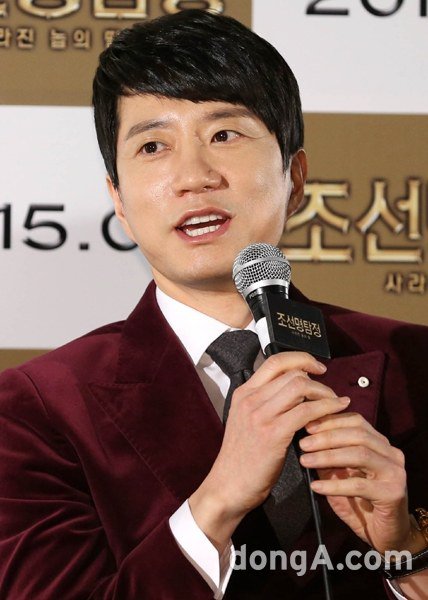 Despite the fact that he is busy with the SBS drama "Six Flying Dragons", he volunteered to be "All About My Mom" actor Choi Tae-joon's acting coach.

Kim Myung-min uses his 20 years of acting experience to coach Choi Tae-joon into becoming a good actor. When he's not working, he personally teaches Choi Tae-joon to the details and gives him lots of advice. Kim Myung-min played a big part in Choi Tae-joon's debuting film, "Pacemaker".

However, the two of them are currently in a drama at the same time so they can't find enough time to meet. "Six Flying Dragons" is taking place in Wonju, Samcheok, Jeongseon, Moonkyeong, Chungnam, Buyeo and more. It requires a great amount of time to transport back and forth these locations but whenever they can, they communicate via phone calls or text messages.

The two actors' dramas are high rating dramas so the bond between then stands out even more.

"Director Kim Myung-min's consideration"
by HanCinema is licensed under a Creative Commons Attribution-Share Alike 3.0 Unported License.
Based on a work from this source