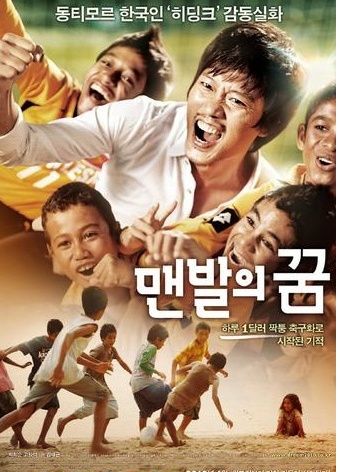 A press release from film producer's Showbox announced that Kim received the honor for "Best Foreign Film" for his picture "Barefoot Dream", while Jang's official website revealed her win as "Best Actress" for her role in movie "Sky and Sea" at the 19th annual China Golden Rooster & Hundred Flowers Film Festival.

"I want to share this honor with all the members who took part in making this film and the loveable children of East Timor", Kim was quoted as saying in his acceptance speech.

Jang said in her speech, "I would like to first thank the staff and my co-stars for making such a great movie. I understand that 'Sky and Sea' is shown in several countries to give hope to the underprivileged people in the world so I hope that others will get strength from watching the movie as well".

"Barefoot Dream", which began its run in Korea on June 24, is based on the true story of a former soccer player who teaches the children of East Timor how to play soccer.

Jang made her debut as a singer in 2001, releasing her first album "The First Story" and since became a household name for her many hits such as "Sweet Dreams" and "April Story".

She branched out into acting with roles in the MBC sitcom "Non Stop 2" and "The Successful Story Of A Bright Girl". 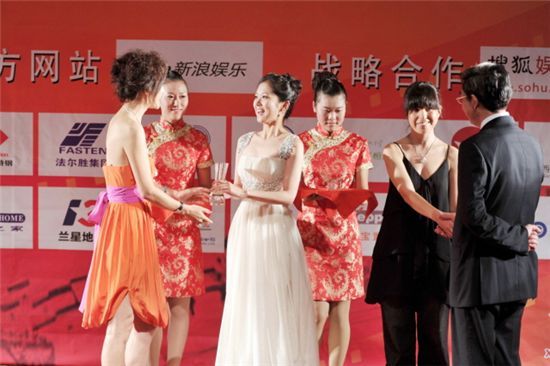 "Director Kim Tae-gyoon, Jang Nara win at film fest in China"
by HanCinema is licensed under a Creative Commons Attribution-Share Alike 3.0 Unported License.
Based on a work from this source