Director Lee Hae-yeong "Is it the Shin Ha-kyun I know?" 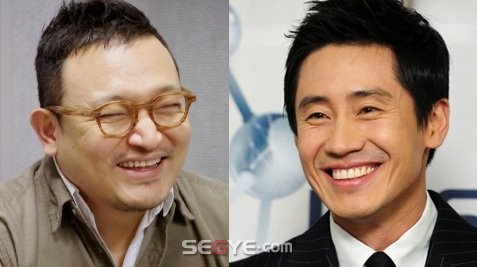 Director Lee Hae-yeong who made the movie "Festival" talked about an 'uncomfortbale truth'.

He attended the opening of the '7th Cinematheque Friends' pn the 12th in Seoul Art Cinema and said, "I am happy to be here for 2 years in a row. I suggested this movie with actor Shin Ha-kyun who starred in the movie 'Foxy Festival'".

'Cinematheque Friend's' is a film festival shows suggested films by movie lovers who gathered for the development of Cinematheque (cultural cinemas) which is the archive for artistic movies and classics. Director Lee suggested "Boogie Night" by Thomas Anderson in 1997 and it will be screened during the festival.

On the stage of the opening, Lee said, "The tickets for the festival were released not too long ago and I heard "Boogie Night" was the only movie sold out thanks to Shin Ha-kyun whose popularity is amazing in "Brain". I wonder what it would've been like if he was this much popular when he was working with me".

He continued, "Sometimes I wonder if the Shin Ha-kyun everyone is talking about these days is the Shin Ha-kyun I know. Online tickets have been sold out but tickets are still available on site so I hope you support us".

Being the 7th festival this year, 'Cinematheque Friend's' will start on the 12th until the 26th at the Seoul Art Cinema.

"Director Lee Hae-yeong "Is it the Shin Ha-kyun I know?""
by HanCinema is licensed under a Creative Commons Attribution-Share Alike 3.0 Unported License.
Based on a work from this source