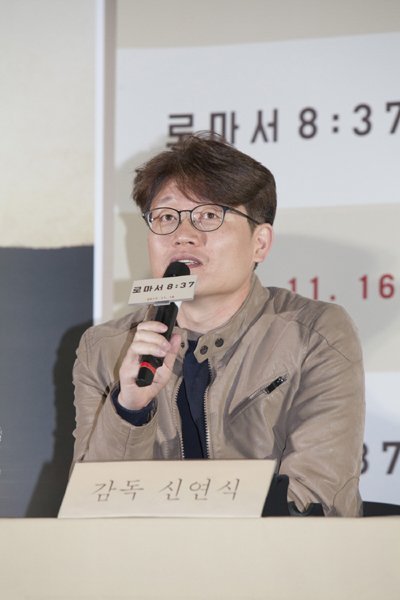 Director Shin Yeon-shick and writer Joo Won-gyoo joined script writers' agency, Writers Agency of Finecut (WAF). They plan on using this as a base to expand domestically and internationally.

Director Shin Yeon-shick has been responsible for penning the movie "Romans 8:37", "The Russian Novel", "Rough Play", and more. He's been actively involved in the industry as a director and writer.

Writer Joo Won-gyoo wrote the tvN drama "Argon", a drama about the media and the people in the industry that struggle air the truth in a world of fake news.

Joo Won-gyoo is a novelist who has written several full-length novels. Hankyoreh awarded him The Cultural Award and he's now in the process of adapting "The Christmas Carol" into a movie.

WAF is a company for script wrtiers established in 2014 by a leading foreign film distributor.

When it was first established, it recruited Kwon Seong-hwi from "As One" and "Ghost Sweepers", Min Ye-ji from "Late Autumn - 2010", Seo Yoo-min from "Outing" and "The Last Princess", Oh Tae-kyung from "Obsessed" and Lee Ji-gang from "Tazza: The Hidden Card".

WAF is attempting to produce a variety of works such as sales as well as collaborative works, such as selling original scripts overseas to countries like China.

"Director Shin Yeon-shick and Writer Joo Won-gyoo Sign in With Writers Agency of Finecut"
by HanCinema is licensed under a Creative Commons Attribution-Share Alike 3.0 Unported License.
Based on a work from this source