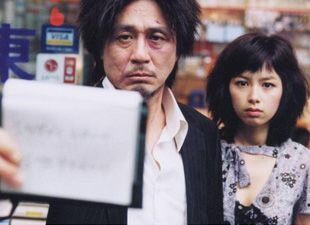 The hit film "Old Boy" will be remade into an American movie by director Spike Lee.

After winning the Grand Prix at the 2004 Cannes Film Festival, Park Chan-wook's "Old Boy" was expected to be directed by Steven Spielberg, starring Will Smith. Not anymore.

Lee is a director that has addressed important issues like racism through his works, receiving nods for his popularity and direction.

The screenplay will be written by Mike Protosevich, who was also the name behind "I Am Legend". The storyline is expected to not be much different from the original Korean version.

Not everyone is looking forward to an English "Old Boy". Some are against the remake, saying that Hollywood will not be able to deliver the same violent portrayal and shocking plot line.

A few comments taken from a big US movie site included users saying, "It's stupid to create a remake. It'll ruin the original"., "Spike Lee is such an awesome director there's no reason for him to create the remake"., "Spike Lee's a great choice, but why not use the original director?". One media source from the US even printed, "Who will be able to eat the live squid?", referring to a memorable scene in the Korean version.