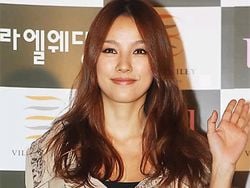 Singer Lee Hyori has beat out one of the most recognizable Asian faces, Zhang Ziyi, to "officially" named the sexiest Asian star in the world.

Every year, a non-Korean website, top100sexiestwomen.com, ranks 100 of the world's most beautiful women. This year, Zhang Ziyi, who's not limited to her home country, but very active in Hollywood as well, ranked 33rd. Lee Hyori who's main focus is Korea, came in at number nine. This is quite a staggering feat as she has topped model Kate Moss (93rd), actress Anne Hathaway (66th), and even singing sensation Beyonce (12th)!

Other Korean faces who have made it onto the rankings include Jun Ji-hyun at 65th and BoA at 71st place. These three Korean celebrities along with Zhang Ziyi were the only Asian stars to have made the list.

As for the ultimate, sexiest woman in the world? 1st place went to Hollywood bombshell Megan Fox.