Do Kyung-soo IN, Kim Soo-hyun OUT 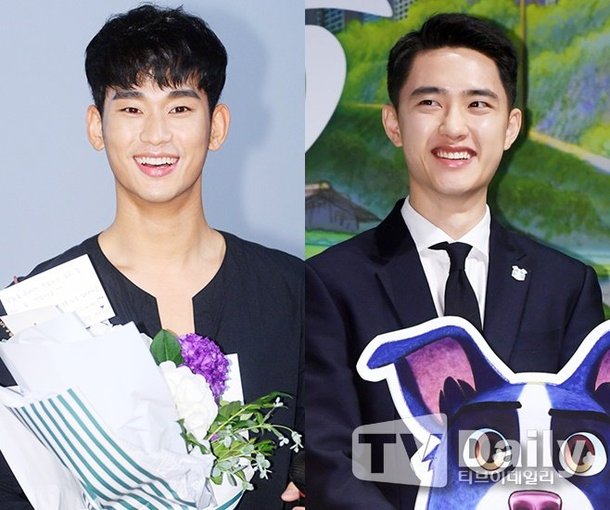 Actor Kim Soo-hyun is done with National Service. On the same day, Do Kyung-soo takes the baton, as he begins his military service.

Kim Soo-hyun is being discharged from military service on the 1st. The discharge ceremony will be held behind closed doors within the first search party of the first division where he served. Later, he will deliver greetings to fans and reporters in front of the Imjingak Peace Bell near the unit.

Kim Soo-hyun was deployed on the 23rd of October in 2017. He received a fourth-class public service officer grade because of a heart condition he's had since he was a child, but he had a re-examination and was able to serve on active duty. He had managed his health with the determination of being an active soldier.

For five weeks, he received basic military training and signed up for the 1st Division's Search Team. He was also selected as a top (TOP) team and a special fighter in the search squad. He advanced through three ranks a month earlier than others.

With his exemplary military service done, the showbiz is anticipating his return, as he's a famous Hallyu star who has a successful career comprised of numerous films and dramas.

EXO's Do Kyung-soo begins his military service on the same day. The 1993 born singer and actor is 26 this year. While his enlistment was not imminent, he wishes to go at his current age.

SM Entertainment stated, "Starting with Xiumin, who was admitted on the 7th of May, the rest of the members have decided they would like to serve their country as quickly as possible".

Do Kyung-soo wishes for a quite departure, and the agency didn't reveal the time and place of his deployment.

He announced the news to his fans with a handwritten letter on the 30th of May.

"Do Kyung-soo IN, Kim Soo-hyun OUT"
by HanCinema is licensed under a Creative Commons Attribution-Share Alike 3.0 Unported License.
Based on a work from this source