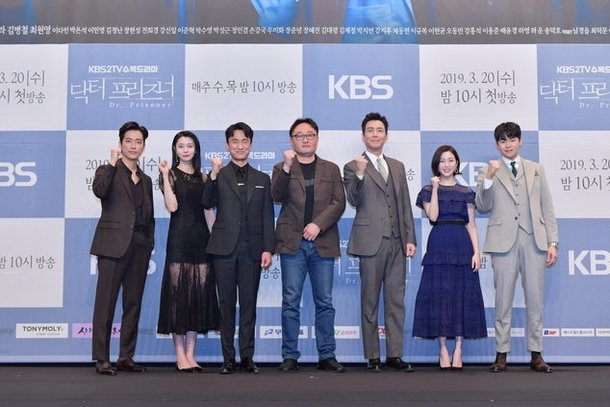 The new KBS 2TV drama "Doctor Prisoner" is on the road to success with the first two episodes hitting 10%.

"Doctor Prisoner", which began on the 20th, is a new kind of medical suspense drama about an ace doctor who is ousted from his hospital and becomes a medical chief of a prison. With Namgoong Min in the lead, the drama is said to have engaged viewers since the first episode.

According to TNMS Media Data, the first episode of "Doctor Prisoner" rated 9.0% and the second episode 10.1%, reaching two-digits in just two episodes. It is almost twice as much as the first two episodes (5.4% and 5.8%) of the successful drama "Liver or Die", which just ended last week.

Even cable dramas didn't do half as well as "Doctor Prisoner". The tvN drama "Touch Your Heart" rated 4.3% while the OCN drama "Possessed" rated 2.3%.

""Doctor Prisoner" Highly Successful After Only 2 Episodes"
by HanCinema is licensed under a Creative Commons Attribution-Share Alike 3.0 Unported License.
Based on a work from this source