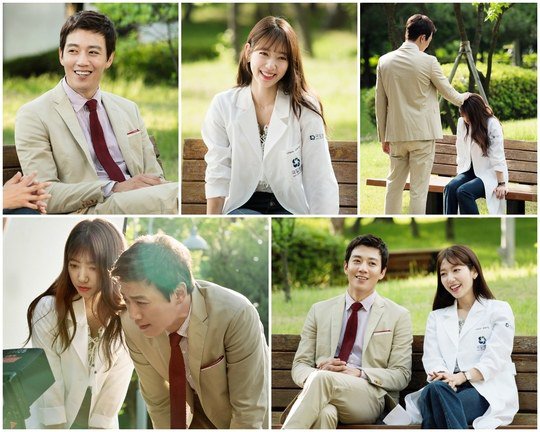 Actors Kim Rae-won and Park Shin-hye's behind-the-scenes stills have been released by SBS on June 1.

Park Shin-hye looks happy and bright while Kim Rae-won is back as the caring and gentle handsome man.

They have 9 years between them but that doesn't mean w thing to them. During the making of the teaser, they were nice and friendly to each other and brought about smiles on people's faces.

These two are starring in the new drama "Doctors" which is due for release on the 20th.

""Doctors" Kim Rae-won and Park Shin-hye behind-the-scenes"
by HanCinema is licensed under a Creative Commons Attribution-Share Alike 3.0 Unported License.
Based on a work from this source