Documentation Or Fun, The Truth Asked About Korean Medical Dramas 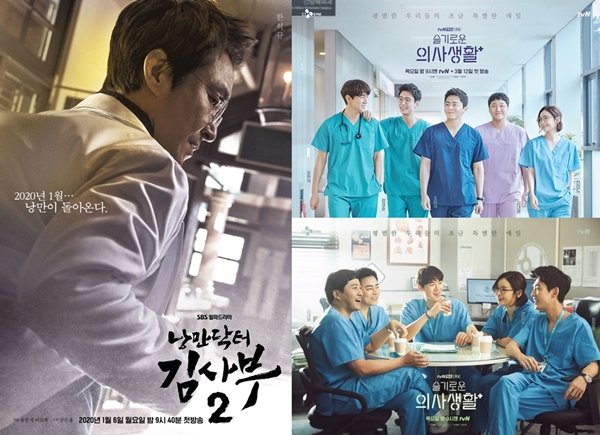 Medical dramas contain joys and sorrows. They range from works focused on medical practices and political conflicts in hospitals to works that incorporate romance and humanism. Medical dramas, which are becoming increasingly colorful, is it documentation or fun that's resuscitating them?

The beginning of the domestic medical drama was "General Hospital", which aired in 1994. Since then, "Surgeon Bong Dal-hee", "White Tower", "New Heart", "OB and GY", "Golden Time", "Doctors", "Life", "Dr. Romantic" and "Two Lives One Heart" have continued the baton.

Medical dramas are once again in their prime this year. "Dr. Romantic 2" which deals with power struggles in hospitals, and "Hospital Playlist" which shed light on doctors' stories, led the revival period.

◆ 'Documentation' a must in medical dramas

Reality documentation has become an essential element of medical drama. It deals with patients' exact names, names of diseases and medical terms, but adds subtitles to help viewers understand. Bloody surgical scenes are also used as a device to enhance reality.

It was in 2007 when "White Tower" began to describe the lives of hospitals and doctors in detail. Political power and surgical scenes in the surgical wards have been portrayed realistically, and have begun to receive reviews as 'professional dramas'.

As there was a good precedent, medical drama producers are also working hard to document the reality. Director Yoo In-sik of "Dr. Romantic" consulted a medical worker from the drama planning stage. He also gave careful attention to correcting the pronunciation of technical terms and rehearsing surgical movements. Producer Yoo In-sik said, "Fortunately, 90% of them are filmed in the studio. Because we didn't have time to travel, we were able to film it in a dense manner within a given time", he said. "It was only possible because staff worked in such harmony, the staff became semi-medical, and those who gave medical advice became semi-staff", he said.

Director Sin Won-ho of "Hospital Playlist" also worked hard on documentation. "Over the past four years, we have discussed every detail with our advisory professors, made scripts and even prepared pictures of the materials that fit them", he said. "However, there was a limit to that, so we invited an advisory teacher to the site. We had to ask him everything from how he washed his hands before surgery and his gestures in the operating room, so we couldn't take a step forward without him".

The same goes for actors. Actor Kim Jun-han, who played the role of a neurosurgeon resident in "Hospital Playlist", said, "There were some teachers who consulted me for realistic work and it was a work that took a lot of effort in terms of documentation. In a scene where I had to act, I looked it up and studied it before going to work".

On the contrary, some people are embroiled in controversy if they fail to abide by the basic documentation. The drama "Descendants of the Sun" committed the fallacy of open abdomen surgery on the spot to get bullets out of a shot victim. Open abdomen surgery in open locations may lead to shock. There are also scenes of an X-ray of a person who swallowed a diamond, but an actual diamond does not appear on the X-ray because it appears to be transparent black. 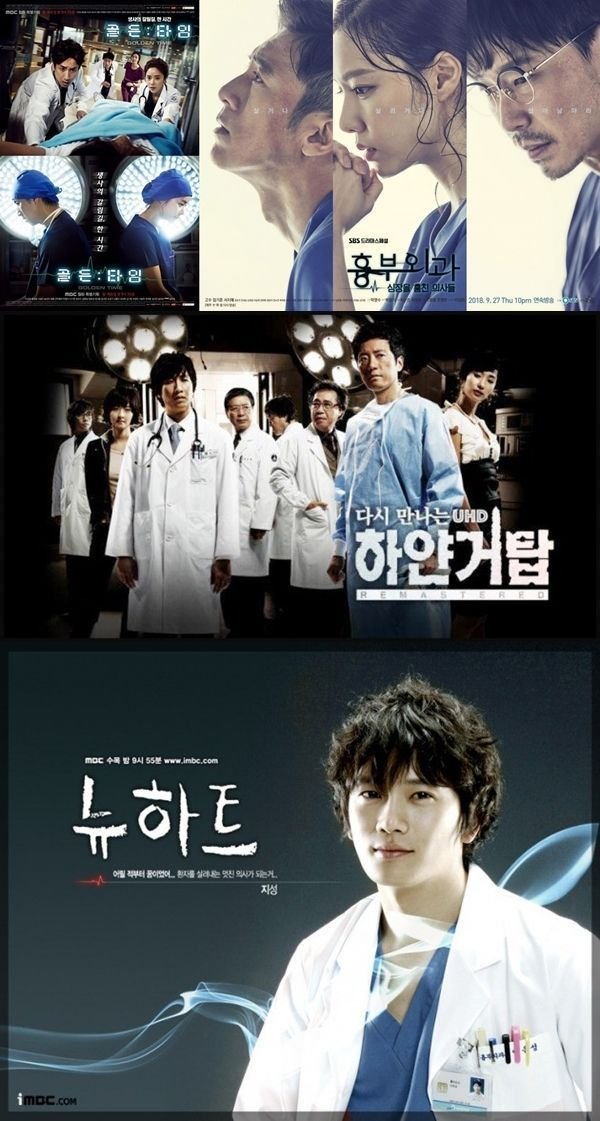 So what does an actual medical worker think of this? A doctor at Bundang Seoul National University Hospital said, "I enjoyed the "Dr. Romantic" series. I think the part that uses medical terms, the process of diagnosing patients, and the scene of surgery are realistic. In the past, medical dramas were translated into Korean, which does not even serve as medical terms in English, and surgery scenes used pig models. These days, the drama uses real medical terms and the surgery is natural", he said.

He added, "Not only medical terms but also abbreviations used by doctors appeared naturally. In addition, the way the doctors talked about everyday life in the drama seemed real. They really looked like doctors", he explained.

These days, medical drama levels are bound to rise when medical advisory groups are on the set to proofread. This means that the technical part is almost complete. However, doctors' lives in the hospital are a little far from reality. "When you look at "Hospital Playlist", doctors often meet at cafes and gossip about other department professors or tell you about love stories. It never happens. We are really busy and doing so may break down the order of rank. I also saw a scene where a medical doctor begs for surgery at a professor's office, but that really can't happen. Still, it's permitable for a drama", he said.

In other words, medical dramas these days are added with dramatic elements to the documentation of medicine. Viewers can have expertise in practicing medicine and have fun in other doctors' lives. In fact, what part of medical dramas do doctors focus on between documentation and fun? "It's important to have fun as long as it's not awkward", A said. In reality, it is very rare for a medical doctor to date a professor, but in the drama, handsome actors such as Cho Jung-suk and Yoo Yeon-suk help the drama be more immersed.

"When I was watching "New Heart", I saw Kim Min-jung making contact with a patient who was infected with AIDS. Ji Sung, who loves Kim Min-jung, kissed her regardless. It is a memorable scene. Watching this, I thought I wanted to be a doctor. Of course, kissing doesn't cause AIDS", he recalled.

"Hospital Playlist" is a drama that reminds us of our first intentions. The character in the play was an example of a good doctor I thought of when I first decided to become a doctor. The actual medical staff does not intervene in the lives of patients or their careers. But in this drama, the doctor's attitude toward patients is sincere and warm. I recalled my initial intention to become a good doctor for my patients", he explained.

As such, medical dramas are entertaining viewers with real-life testimony after a thorough pre-survey. For those who dream of becoming doctors, it is more than fun and gives them a goal. This is why medical dramas have been loved for a long time.