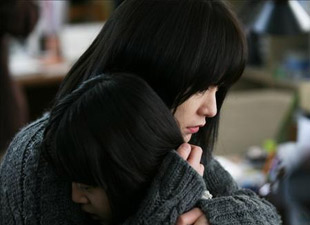 The movie "Dogani" ("Silenced") is showing no signs of slowing down in terms of it's box office success. Starring Gong Yoo and Jung Yu-mi and directed by Hwang Dong-hyuk, "Dogani" is approaching the 4 million movie-goer mark, having placed number one in ticket sales for the fourth straight week.

4th place was taken by the Hollywood flick "Real Steel" followed by "Countdown" (with Jeon Do-yeon and Jung Jae-young) at 5th.