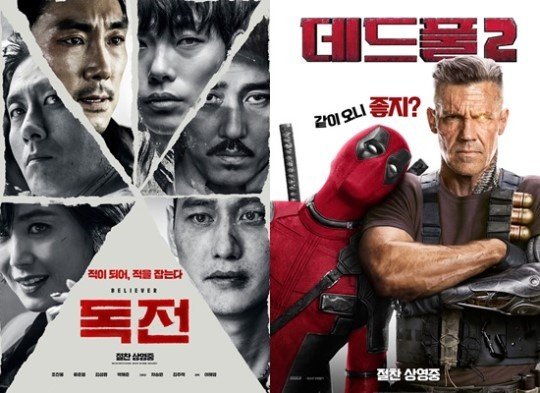 The movie "Believer" is in the lead with over 2.4 million audience members. "Dead Pool 2" comes next with 3,340,000 million viewers - it's the highest ranking adult rated Marvel movie yet.

"Jurassic World: Fallen Kingdom", which is coming out on the 6th of June, is currently in the lead for highest tickets sales and "Believer" takes up 29.7%, which adds up to 50,838 tickets.

"Domestic Film "Believer" Tops High-ranking "Dead Pool 2" in Box Office"
by HanCinema is licensed under a Creative Commons Attribution-Share Alike 3.0 Unported License.
Based on a work from this source