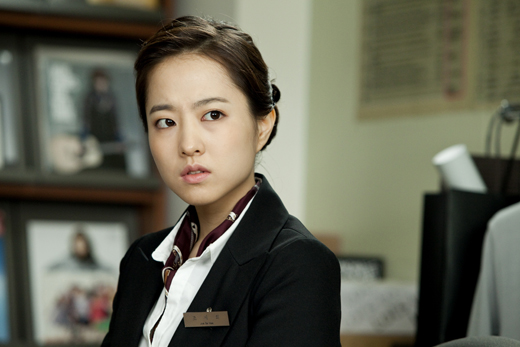 This movie is about a couple of sisters discovering an unknown video and terrible things happening to them and Park Bo-young is Se-hee who does everything she can to save her cursed sister.

Last 3rd, Park Bo-young shot the scenes where she is nervous about the CCTV's put up around the department store and dressing rooms, naturally acting out a sensitive mental state.

The movie will be released this summer.

""Don't Click" Park Bo-young is horror queen"
by HanCinema is licensed under a Creative Commons Attribution-Share Alike 3.0 Unported License.
Based on a work from this source