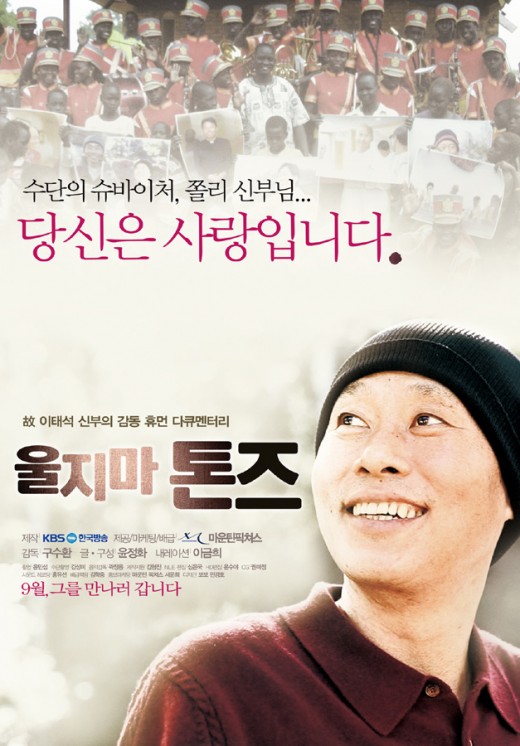 The documentary about the late priest, Lee Tae-seok and his devoted life and sharing in Tonj, Africa has succeeded in targeting theaters and home screens. Currently at theaters for a long term run, it was broadcasted on home screens on the 4th as a New Year Special and received many good remarks.

"Don't Cry for Me Sudan" was broadcasted on KBS 1TV and recorded 12.8% (according to AGB Nielson Media Research). This is the second in place for New Year Special movies after "JEON WOO CHI : The Taoist Wizard" on SBS TV.

On the long term run since last year September, it made a record of more than 400 thousand audiences during the New Year Holidays. For a small scale movie like this, it is still up in theaters for 6 months in a row and maintaining a persistent audience level.

""Don't Cry For Me Sudan" 12.8% rating - audience viewers breaks through 400 thousand"
by HanCinema is licensed under a Creative Commons Attribution-Share Alike 3.0 Unported License.
Based on a work from this source