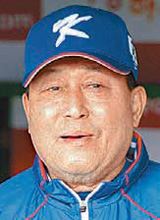 The 2015 Dong-A Sports Awards ceremony will take place at Four Seasons Hotel in central Seoul on Tuesday. The ceremony will honor sports stars who shined out during the year in mens professional baseball and soccer, and mens and womens pro basketball, volleyball, and golf, and winners will be voted in person by teammates who played together throughout the season.

The annual event, hosted jointly by The Dong-A Ilbo, Sports Dong-A, and Channel A, marks the seventh year, and its awards are presented to athletes of Korean nationals. In order to ensure fairness in selection of winners, officials from associations of each sport have formed the Dong-A Sports Awards steering committee, to select candidates. A total of 288 athletes, comprised of 30 to 50 players each in respective sports, have participated in the vote.

In pro baseball, Park  Byeong-ho, who swept the prizes of player with most homers and player with most RBIs for four consecutive years by hitting over 50 homers for two straight years, is the strongest candidate for the prize. In pro soccer, Lee Dong-guk of Jeonbuk, Yeom Ki-hoon of Suwon with most assists, and Kim Shin-wook of Ulsan are competing each other. In mens basketball, Yang  Dong-geun of Mobis, Kim Joo-sung of Dongbu and Lee Seung-hyun of Orion are leading candidates. In womens basketball, Park  Hye-jin, who led Woori Bank to win the title, is considered to be close to winning the honor. In womens golf, Jeon In-ji, who swept major titles of Korea, the U.S. and Japan, is the most promising candidate. Winners in the baseball and soccer category will be awarded 5 million won (4,320 U.S. dollars) each.

The special prize will go to manager Kim In-shik, who led the Korean national baseball team to the championship of the WSBC Premier 12. Girls bands EXID and Melody Day will stage congratulatory performances.