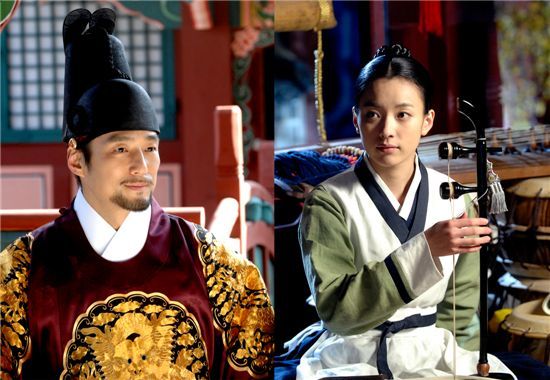 Ratings for MBC TV series "Dong Yi" continued to take the lead on Monday and Tuesday nights, making it the most-watched television show in the country for nine straight weeks.

Figures from TNmS (Total National Multimedia Statistics) on Wednesday indicated that the show breached the 30 percent mark on last night's episode with viewership ratings of 30.3 percent and 28.1 percent the previous night.

The numbers for the historical drama by famed TV director Lee Byeong-hoon, now into its 11th week of showing, has jumped by an average 5.3 percent compared to the previous week's mean.

This week's episode focused on the heartrending relationship between Sook-jong (played by Ji Jin-hee) and Dong Yi (played by Han Hyo-joo).

Meanwhile, SBS drama "Giant" showed promise on the Monday and Tuesday primetime line up, its ratings gaining slightly from last week to accumulate an average of 14.4 percent on AGB's survey and 14.5 percent on TNmS' chart, respectively.