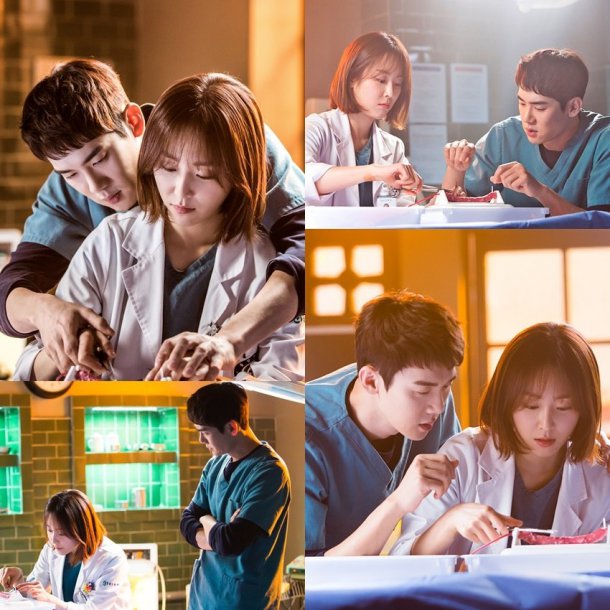 Actors Yoo Yeon-seok and Seo Hyun-jin will capture the hearts of viewers once again in this week's episode of "Dr. Romantic".

In last week's episode, Yoo asked Seo to go out with him for the second time. Seo replied with, "You said you would ask three times. You have one more to go".

A preview of the two having a little romance in the surgery room was posted online for episode 13, which will air on December 19.

The two are seen standing quite close together as Yoo teaches Seo a certain method.

The drama officials have asked viewers to continue watching to see when Yoo will use his last chance to ask Seo to go out with him.

""Dr. Romantic" Yoo Yeon-seok and Seo Hyun-jin's Romance Continues"
by HanCinema is licensed under a Creative Commons Attribution-Share Alike 3.0 Unported License.
Based on a work from this source