Drama M Reboots after 26 Years - Who Will Be the Next Shim Eun-ha? 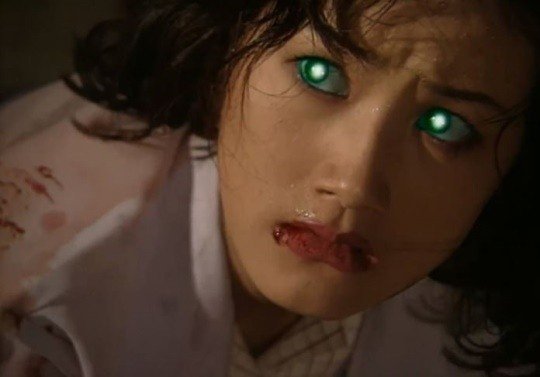 Actress Shim Eun-ha's "M - Drama" is being rebooted for the first time in 26 years.

According to exclusive coverage by Star News on the 4th, drama production company Supermoon Pictures recently signed a contract with writer Lee Hong-goo, the original writer of "M - Drama", and has begun production. The working title is "M2020".

Miniseries "M - Drama", which was broadcast on MBC in 1994 as a ten-episode horror special, was in the spotlight when it came out for the special effects, represented by the green eyes of the main character, Park Ma-ri / Kim Joo-ri (Shim Eun-ha), in addition to the sensitive subject of the ethics of abortion. Its highest audience rating was 50%, with an average rating of 38.6%.

Shim Eun-ha, who debuted in 1993, became a star with the MBC dramas "The Final Challenge" and "M - Drama" in 1994. The green eyes she had in "M - Drama" still remain in the memories of viewers today, over two decades later.

Supermoon Pictures is going to wrap up the assigning of creators and the leading woman, and start producing in 2020. Writer Lee Hong-goo is participating as the reboot creator.

President Sin In-soo of Supermoon Pictures said, "We plan on reinterpreting the drama so that it fits the current generation. The new leading actress will be one who possesses the mysterious aura to become the next Shim Eun-ha, and newcomers will be considered as well". The broadcasting station is yet to be decided.

"Drama M Reboots after 26 Years - Who Will Be the Next Shim Eun-ha?"
by HanCinema is licensed under a Creative Commons Attribution-Share Alike 3.0 Unported License.
Based on a work from this source