Drama "Princess Hours" to air in Japan for 2nd time 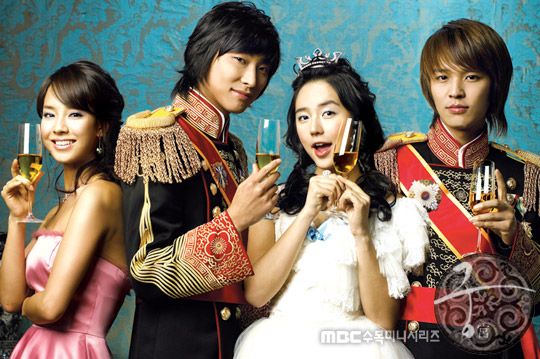 Hit MBC TV series "Princess Hours" from 2006, which aired the same year in Japan, will be shown in the country again this month, according to the drama's producer Group 8 on Wednesday.

Park Rae-hyun, in charge of the PR & Promotions team at Group 8, told 10Asia over the phone that Fuji TV will broadcast "Princess Hours" throughout the country everyday through its "Hallyu Alpha" program starting July 19.

This will make it the second time the popular show will hit airwaves in Japan. It is rare for a Korean drama to air twice nationwide, Park explained.

"Princess Hours", about an average high-school girl marrying a royal prince in 21st century Korea which is in fiction a monarchical country, was not only a huge success in Korea but internationally, selling to 23 countries including China, Japan, Saudi Arabia, Taiwan and the United States.

The drama starring Yoon Eun-hye and Ju Ji-hoon was received favorably in Japan in particular.

Fuji TV has been airing its "Hallyu Alpha" program since January 11 in hopes of creating 'a new Hallyu generation'.

Korean dramas including "My Name is Kim Sam-soon", "Women in the Sun", "Shining Inheritance" and "New Heart" have shown on the program while blockbusters "IRIS" and "Hard To Say I Love You" are lined up for the second half of the year.