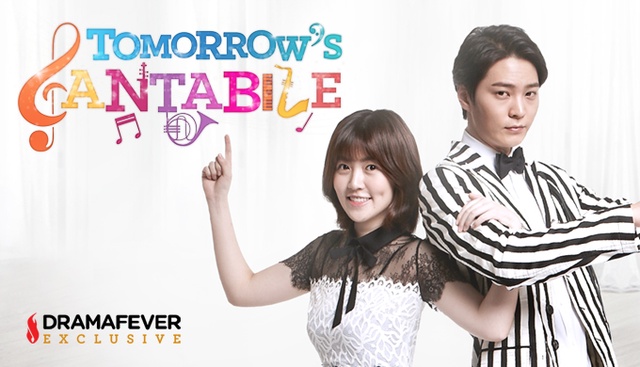 Romantic Odd Couple Dramedy about Misfit Classical Musicians, "Tomorrow's Cantabile", is Based on Popular Japanese Manga
Almonds to be Featured in Series Through Brand Integration Partnership

DramaFever (www.dramafever.com), the top online video destination for international TV series and movies, and KBS will co-produce the highly anticipated Korean drama, "Tomorrow's Cantabile" (Naeil's Cantabile). Based on the popular Japanese manga, Nodame Cantabile, the series will premiere in the U.S., as well as throughout North and South America, exclusively on DramaFever on October 13. Each week, a new episode will stream on DramaFever - professionally subtitled in English, Spanish and Portuguese - within 24 hours of the original South Korean airing on KBS2. The subtitled episodes will later be available on DramaFever syndication partner Hulu.

This series will mark DramaFever's second co-production following last year's massively successful "The Heirs", starring Lee Min-ho, which has been amassed two billion views across all worldwide video on demand platforms. Additionally, DramaFever and the Almond Board of California (www.almonds.com) have formed a comprehensive brand integration partnership which will incorporate almonds into 15 episodes.

"DramaFever is celebrating its fifth anniversary with more fall premieres than ever before, and "Tomorrow's Cantabile" is the perfect addition to our line-up. It's the Odd Couple meets "Boys over Flowers" meets Glee (but instrumental!), and we expect it to be very popular with viewers around the world", said DramaFever cofounder and co-CEO Suk Park.

"Tomorrow's Cantabile", starring Joo Won ("Bridal Mask", "Good Doctor") and Shim Eun-kyung ("Miss Granny", "Masquerade"), is a romantic comedy between two very opposite individuals; an elite, meticulous musical genius and a messy, out-of-control pianist. Through a series of events, this unlikely pair team up with a group of eccentric musicians to create a unique and beautiful classical band. As each character reveals their special stories with each other, the bond of their group grows stronger.

"The popularity of these dramas not only in Korea but the rest of Asia, Europe, Latin America and North America is amazing", said Becky Sereno, Manager of South Korean Marketing for the Almond Board of California. "These series are incredibly successful at entertaining the global audiences that we aim to reach. Working with DramaFever provides the opportunity to position the benefits of almonds to audiences around the world through high quality storytelling on a premium, digital platform".