Dramas Arriving in April, From "The King: Eternal Monarch" to "When My Love Blooms" 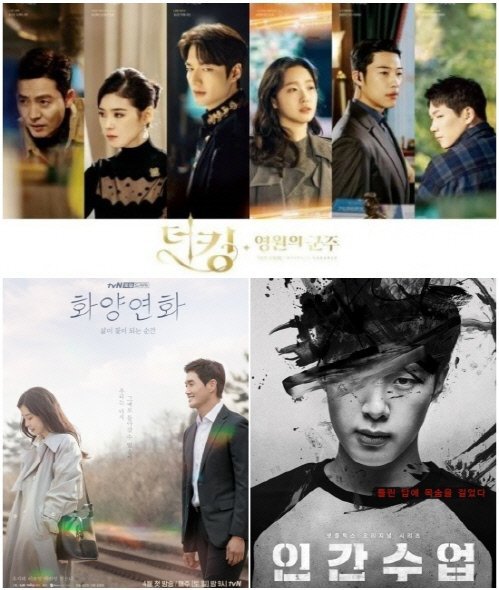 The Golden Line-up for April is set and ready to comfort those who are staying at home.

Social distancing is being practiced in the aftermath of the COVID-19. Spring has come, but the days go by without a moment to enjoy the warm weather. Many people have been 'staying home' and watching not just the TV, but Netflix, YouTube and other media platforms. Hence, each of these platforms have prepared themselves for spring in various ways. The increase of people staying home can be checked as they are replaying popular dramas from the past as well as the latest ones.

Meanwhile, April presents a variety of dramas. Numerous dramas have been introduced in March, including tvN's "Hospital Playlist", "A Piece of Your Mind", jTBC's "The World of the Married" and MBC's "365: Repeat the Year". April takes on the baton and charges with guaranteed successes.

Lee Bo-young and Yoo Ji-tae return with the tvN mellow drama "When My Love Blooms". Choi Kang-hee comes back with the SBS action comedy "Good Casting" too. They begin broadcasting on the 25th and 27th. "When My Love Blooms" is Lee Bo-young's first comeback drama since she had her second child. The actress was successful with the KBS drama "My Daughter Seo-yeong", SBS's "I Hear Your Voice", "God's Gift - 14 Days", "Whisper" and tvN's "Mother - Drama" in the past and earned the title 'creditable actress'. Therefore, her return with "When My Love Blooms" is highly anticipated. Choi Kang-hee hypes up anticipation for "Good Casting", as she did an excellent job in the KBS 2TV investigative drama "Queen of Mystery". 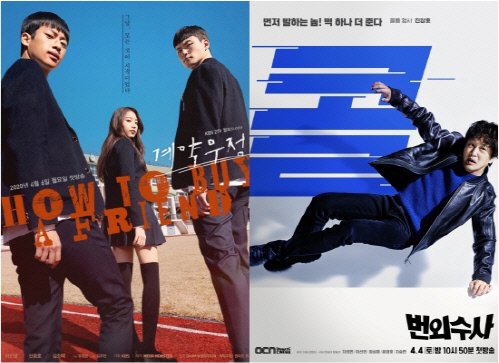 KBS holds hands with youth stars. "How to Buy a Friend" is the story of teenagers making friendship through contracts and it is made up of four episodes. It is helmed by Lee Shin-young from "Crash Landing on You" and Shin Seung-ho from "A Moment at Eighteen". "Born Again" starting on the 20th is a reincarnation mystery mellow drama starring Jang Ki-yong, Jin Se-yeon, Lee Soo-hyuk and others. "School 2020" is coming up this summer as KBS decides to steal the hearts of the young viewers.

Other than that are Son Hyun-joo, Jang Seung-jo and Lee Elijah's jTBC drama "Model Detective", Cha Tae-hyun, Lee Sun-bin and Jung Sang-hoon's OCN drama "Team Bulldog: Off-duty Investigation" and Kim Dong-hee and Jung Da-bin's Netflix "Extracurricular". "For broadcasting companies, the first half of the year is an important market that marks the beginning", an industry source said, adding that although April in the past was a tough time due to various outdoor festivals, there are expectations that it could be a new opportunity for a variety of dramas or programs, as more people tend to stay at home now.

"Dramas Arriving in April, From "The King: Eternal Monarch" to "When My Love Blooms""
by HanCinema is licensed under a Creative Commons Attribution-Share Alike 3.0 Unported License.
Based on a work from this source