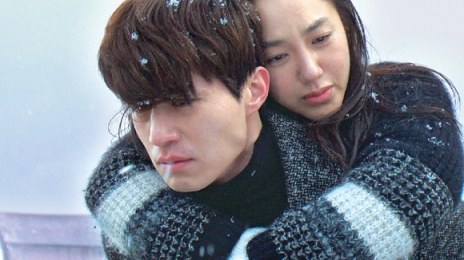 SBS is coming out with the first 3D drama in the world. "The Story of Kang-gu" is being released on the 29th this month at 8:45PM. This is meaningful as it's the first drama in the country as well as the world which is being played in 3D. This drama has been produced in dual stream with LG.

This two part drama is about the heartaching love between a man and a woman based in the Port of Kang-gu.

Kyeong-tae (Lee Dong-wook) travels down to Kang-gu to take care of his dead friend's sister and nephew. He is a cold-blooded gangster but falls in love with Moon-sook (Park Joo-mi) who suffers from a chronic disease.

Only 7~8% of the country owns a 3D TV but this is a meaningful attempt for the supply of 3D contents. Producer Lee Yeong-joon said, "It's only two parts but it took us 4 months to put everything together".

The filming took an extra 20% because of the angels and reflections a 3D drama needs but everyone was able to swiftly familiarize themselves to the technology.

"Dramas in 3D!"
by HanCinema is licensed under a Creative Commons Attribution-Share Alike 3.0 Unported License.
Based on a work from this source