During the Family Month of May, Dramas Ask "What is Family?" TV dramas under the theme of family, the most basic unit of modern society, are on air or are about to be aired.

TvN's "Oh My Baby", jTBC's "The World of the Married" and KBS 2TV's "Once Again"j which are airing in May, the month of family, look back on the changed family concepts today or point to the new meaning of this unit.

The main character of tvN drama "Oh My Baby", which began on the 13th, is Jang Ha-ri (Jang Nara), a parental magazine reporter who doesn't want to get married, but wants to have a baby.

She has been wanting a baby since forever and when she reaches her late 30s, she is diagnosed with a less than 7% chance of natural pregnancy. In the first episode, she was criticized by female viewers for being anxious about marriage, but in the second episode, Jang Ha-ri's decision to have a child without marriage was convincing, and the ratings rebounded.

This drama reverses the traditional concept of romantic comedy, 'marriage is the fruit of romance', by putting forward a woman who declares that she will have a child on her own.

The production team said on its planning intentions, "We will sympathize with the realistic story of unmarried men and women who find a happy life without placing the value of happiness on marriage".

If "Oh My Baby" skips the marriage part, jTBC's "The World of the Married" delves into the weak link of marriage. It depicts the turbulent divorce story between Ji Seon-woo (Kim Hee-ae) and Lee Tae-oh (Park Hae-joon), showing that the marital relationship supported by marriage customs and systems is an unstable one that leads to an uncontrollable collapse once love and trust are broken. 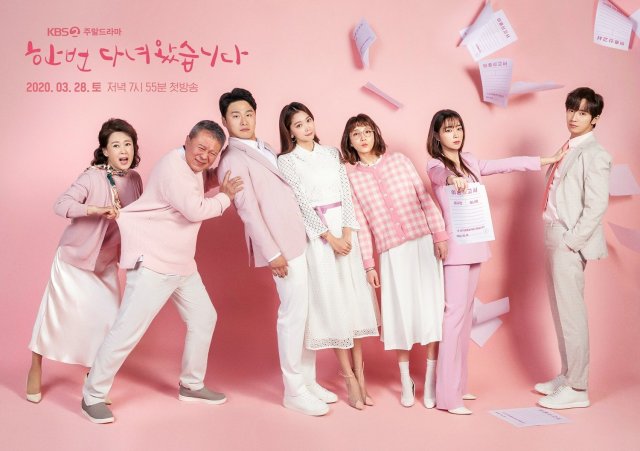 The only family weekend drama, "Once Again", is just as the title states; about divorce.

The setting that Song Yeong-dal's (Chun Ho-jin) four children are all divorced shows the difference between the older and the new generations in thinking about divorce.

Song Na-hee (Lee Min-jung), the smart second daughter, is unable to tell her parents about her divorce and living together with her husband after her divorce seems to reveal a gap between parents and children.

Yoon Suk-jin, a professor at Chungnam National University, said in a telephone interview on the 17th, "If "Five Children", which was aired in the past, ultimately talked about remarriage, then "Once Again" is a little bit away from it and talks about family as a fence that embraces divorce".

Professor Yoon determined, "If the disbandment of traditional families and the changes in family members were mainly reflected in KBS weekend dramas, these days' family-related dramas seem to have begun to have new concerns arising from the dissolution of the Confucian notion of 'what a family should be like' and the reorganization of families around single-person households".

Family dramas are scheduled to continue beyond May into the following month. TvN will air the Monday-Tuesday drama "My Unfamiliar Family" on June 1st. It reverses the conventional wisdom that 'family is a person who is unconditionally close to the world' and depicts stories about misunderstandings and understanding of families like others. The production team said, "We will try to solve the secrets that we couldn't even talk about because we are family members, and we will sympathize with the family taking a step deeper into each other". 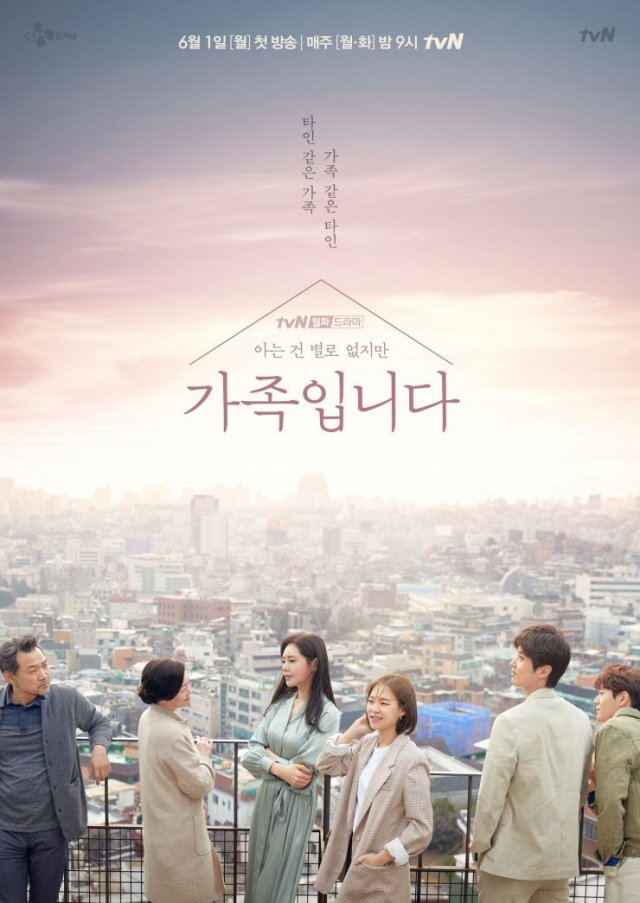 "During the Family Month of May, Dramas Ask "What is Family?""
by HanCinema is licensed under a Creative Commons Attribution-Share Alike 3.0 Unported License.
Based on a work from this source