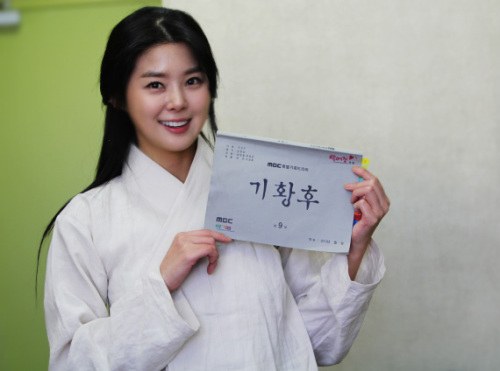 Actress Min Ji-ah will be joining the MBC drama "Empress ki" as Lady Park, a Goryeo woman who was chosen by the Queen Mother (Kim Seo-hyung) to come into the palace.

Park is an unfortunate soul who has a warm heart and accepts her destiny.

However, she's put in several hardships and is saved by Ki Seung-nyang (Ha Ji-won) everytime.

"I start appearing from next week. I am quite nervous as I am starting in the middle of the drama and have to lead many stories but I am going to do my best" says Min Ji-ah.

"Empress ki" can be seen every Monday and Tuesday at 10PM.

""Empress ki" joined by Min Ji-ah"
by HanCinema is licensed under a Creative Commons Attribution-Share Alike 3.0 Unported License.
Based on a work from this source