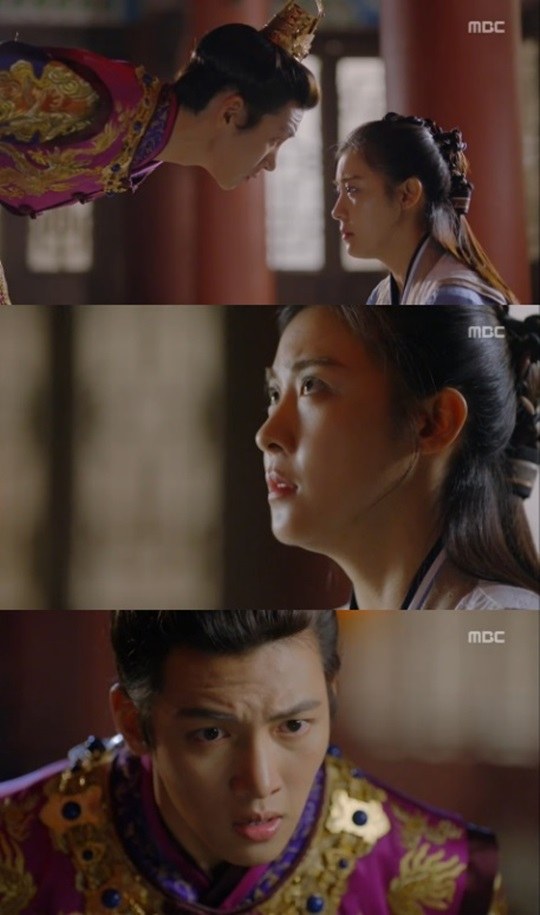 "Empress Qi" made a record.

According to Nielsen Korea, the episode of the MBC drama "Empress Qi" on the 19th rated 16.9% which is 1.4% more than the previous episode and a record breaker.

Ta-hwan (Ji Chang-wook) welcomed Park as his queen and visited his dwelling to spend his first night with her. He ran into Gi Seung-nyang (Ha Ji-won) who was coming out with a tray of tea.

He was so surprised to find out that she was a woman, not a man, and hinted romance approaching in the future.

""Empress Qi" sweeps the ratings"
by HanCinema is licensed under a Creative Commons Attribution-Share Alike 3.0 Unported License.
Based on a work from this source