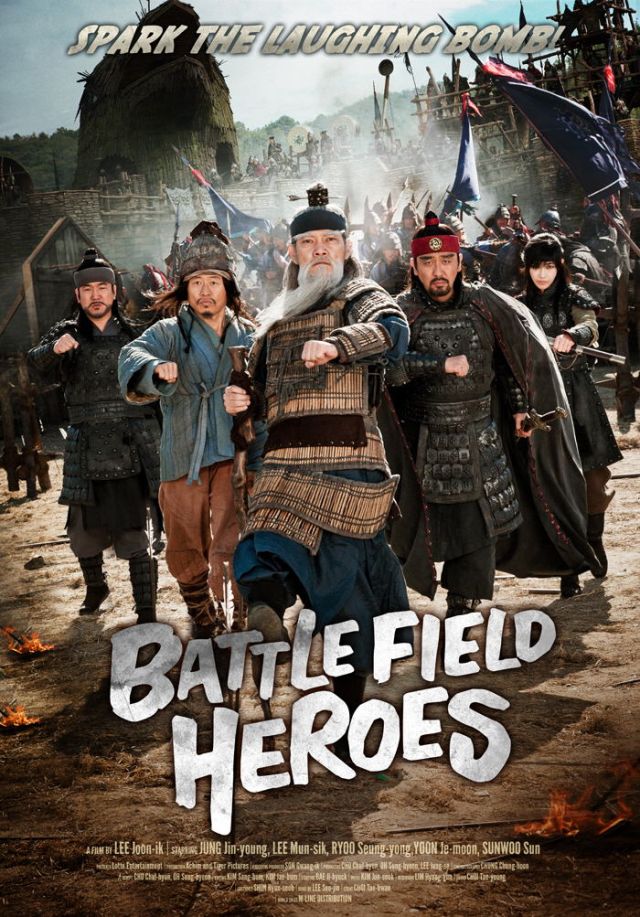 Previously known as "Pyongyang Castle" on HanCinema
Synopsis
This story unfolds 8 years after 'Battle of Hwangsanbeol', which destroyed Baekjae, when Silla-Tang Dynasty union attacks Goguryeo. This is the follow-up of director Lee Joon-ik's 'Hwangsanbul', which drew 3 million audiences by his own humorous movie making style.

A.D. 7C, a rising kingdom in Korean peninsula, Silla, attacks the biggest kingdom Goguryeo in alliance with Tang. Goguryeo has been the most powerful kingdom so far even threatening Tang Dynasty in China. Natural-born-strategist KIM from Silla notices Tang's ambition about conquering Silla after beating Goguryeo. While cooperating with Tang, KIM secretly conspires to join forces with Goguryeo to keep Tang off Korean Peninsula. Throughout fierce battles, they never lose their wits and humor.