Entertainment actors to compete on the big screen 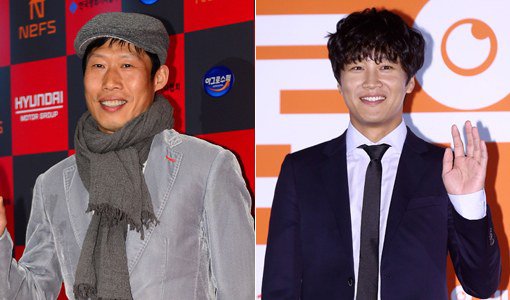 Actors in the entertainment biz are coming back to the big screen.

Yoo Hae-jin, Kim Joo-hyuk, Cha Tae-hyun, Im Won-hee, Lee Kwang-soo and other variety show stars are coming out with new movies. They have build up a friendly image through these shows and will they be able to continue that popularity with movies, too?

Yoo Hae-jin who recently joined the entertainment group, is the most anticipated. He's been frequently seen in the tvN show "Three Meals A Day" which currently has the number 1 viewing rate. This actor is coming back in May with the criminal movie "Veteran" and starts filming another movie called "Fatal Intuition".

Actor Yoo Hae-jin has been seen in various types of movies before but the fact that he's currently more popular makes anticipation that much more. His performance in "Three Meals A Day" has led to his role in a telecommunications advertisement and many say the results of the movie will be different as well.

Kim Joo-hyuk and Cha Tae-hyun who are seen every Sunday evening on a ground wave TV show as well as Lee Kwang-soo and Im Won-hee might have felt the risk of losing their images as actors.

Cha Tae-hyun and Lee Kwang-soo are using their images from the TV shows. The "1 Night 2 Days" and "Running Man" star are coming back with "My New Sassy Girl" and "The Mutant". Im Won-hee's "Three Summer Nights" is also a comedy flick.

Anticipation rises. Yoo Hae-jin's Sim Entertainment claims that there has been a considerable increase in teenage to early 20s fans since his appearance in "Three Meals A Day".

"Entertainment actors to compete on the big screen"
by HanCinema is licensed under a Creative Commons Attribution-Share Alike 3.0 Unported License.
Based on a work from this source