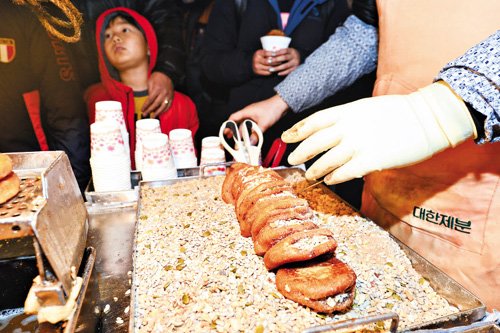 The hugely popular film "Ode to My Father" has proved to be a tourism boon for Busan, the city in which it is set.

The film has drawn more than 10 million viewers since it was released on Dec. 18 last year. It is about a man's sacrifices for his family throughout the modern period of Korean history spanning more than 50 years.

Tours of filming spots are filing up. They visit Gukje Market, Jagalchi Fish Market and Haeundae.

According to online shopping site 11st.co.kr, over half of those who buy Busan specialty food are in their 20s and 30s, reflecting heightened interest in the city.