"Equator", "The King 2 Hearts" and "The Rooftop" toss and turn 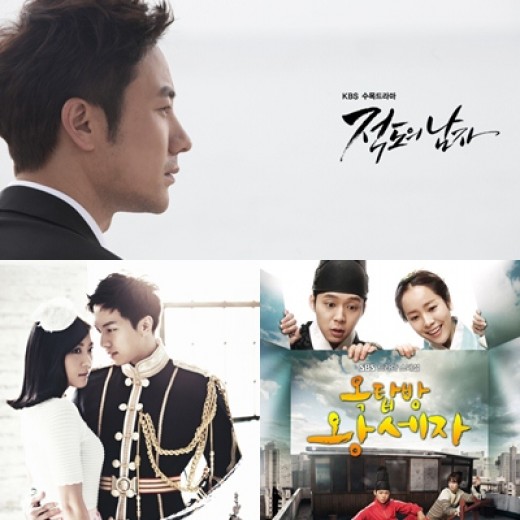 The three dramas that started off at the same time in March this year, are tossing and turning around in competition.

According to AGB Nielsen Media research on the 26th, KBS 2TV drama "The Equator Man" rated 15.0% and became first in place.

On the other the hand, the second and third places had some turns. SBS TV "The Rooftop Prince" which stayed in second place all this white fell to third place despite the 0.1% increase in percentage. MBC TV "The King 2 Hearts" rose 0.8% and moved up to second place with 11.3%.

Previously, "The King 2 Hearts" preceded the other 2 dramas with a headstrong percentage of 16.2% but in a month's time, this all has changed. While "The Equator Man" jumped up to first place, "The Rooftop Prince" and "The King 2 Hearts" have been fighting for second and third place on and off.

""Equator", "The King 2 Hearts" and "The Rooftop" toss and turn"
by HanCinema is licensed under a Creative Commons Attribution-Share Alike 3.0 Unported License.
Based on a work from this source