Eric: 'I Feel Uncomfortable Even Though We Film Together' 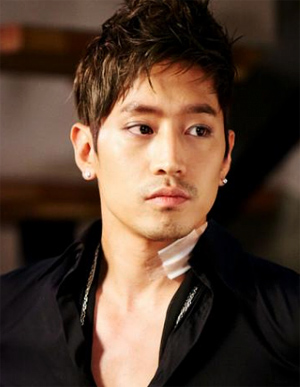 Actor Eric Mun said, "There has been no improvised script, and it has not been the worst drama production environment".

The male protagonist of the drama "Spy MyeongWol", Eric Mun, revealed his feelings through his personal Twitter account on August 17 by saying, "People can call this a dramatic reconciliation. Even though we all agreed to finish this drama until the end to keep a promise with viewers and to keep a promise written on the contract, I guess everybody's feeling that there is a pretense that nothing has happened might be very uncomfortable". Eric Mun said, "There might be no absolute good and evil. People can decide what is right and what is wrong depending on their own criteria, but I would like to deliver only the facts regarding this incident". He continued, "There has been no improvised script. If you are wondering about the rumors of having trouble with the director, I would tell you that the director was a very polite person and we rather asked him to feel free to direct us in any way. It was also true that Han Ye-seul had difficulties due to an overnight filming schedule".

Regarding a written statement about Han's irresponsible behavior, which was confirmed and signed by other cast members and staff members, he confirmed that it was all true. He said, "As far I as know, all the staff members and actors who participated in filming yesterday all agreed to the statement and signed it to confirm the facts". He confirmed all those facts and revealed his opinion by saying, "It would be better if we could hide all that wrong behavior until the end and finalize this conflict, but I basically think that there should be no misunderstanding and no victimization caused by wrong information. Making a decision about what is right and wrong totally depends on people, and I think that we need to make it clear as this incident has already been informed to the public". Eric Mun also said, "Like all the other cast members and staff members, I also feel very sorry about this difficult filming environment. But I think that we should first figure out why we have to improve this bad environment and for whom. We are all paid for our responsibilities while we are producing the drama. Do we have to improve this situation for our own convenience, for staff members, who were paid less and work harder, or our junior actors in the future? There might be three beneficiaries. Many people easily say that a drama should be produced in advance before its schedule to air will be decided, but it is a very complicated issue in terms of the production cost and the broadcasting schedule. There are many dramas that were produced in advance, but cannot air on TV. I also wish that our junior actors can work in a better environment, but actually the staff members who work together with me at this moment are more important than our future unknown junior actors for me".

His comments seemed to criticize Han's utterances, saying, "I do not want to let my junior actors become another victim like me", and, "I hope this bad situation will not happen again". Eric Mun also revealed his opinions that "the too-tight filming environment will not be easily improved in reality, and there will be no way for us to do this, but creating harmony with other cast members and staff members based on our mutual agreement and trying to do our best to work together even in this bad situation might be very important". He added, "I do not have enough experience and I cannot simply say that I know very well about the entire filming environment, but I know that this is not the worst filming environment". He firmly said that the filming environment for "Spy MyeongWol" was not particularly bad compared to other dramas.

He made his last comment, saying, "It is very meaningful that we try to hide another person's mistake, but if we cannot bravely point out a wrong thing, and if we just let other people hurt their feelings due to our lack of courage, it would not be "Forgiveness" for someone else's mistake, but it would just be 'acceptance' of it", and his last comment left lingering meanings.

"Eric: 'I Feel Uncomfortable Even Though We Film Together'"
by HanCinema is licensed under a Creative Commons Attribution-Share Alike 3.0 Unported License.
Based on a work from this source