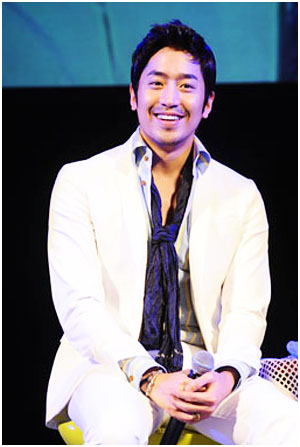 Actor Eric Mun will make a comeback after a three-year break with his appearance in KBS 2TV's new Monday and Tuesday drama "Spy MyeongWol (written by Kim Eun-ryeong and Kim Jeong-ah-I, directed by Hwang In-hyeok)". Actress Han Ye-seul will play the female protagonist in the drama by playing a beautiful North Korean spy named Myung Wol. "Spy MyeongWol" will tell the story of a comic romance that happens when a beautiful North Korean spy meets Hallyu star actor Kang Woo in South Korea.

Eric Mun fulfilled his military obligation as a public service worker right after he finished filming the drama "Mighty Chil-woo" in 2008 and originally planned to make a comeback by appearing in the drama "Poseidon", but the production of "Poseidon" was canceled. "Spy MyeongWol" will be his first drama after making a comeback, and he will present melodrama and action acting in the drama. "Spy MyeongWol" will air its first episode on July 4 as a follow-up drama to "Babyfaced Beauty".

"Eric Makes Comeback to 'Spy MyeongWol'"
by HanCinema is licensed under a Creative Commons Attribution-Share Alike 3.0 Unported License.
Based on a work from this source