Eric Mun: 'I Worried Whether People Compared Me with Dok Ko Jin' 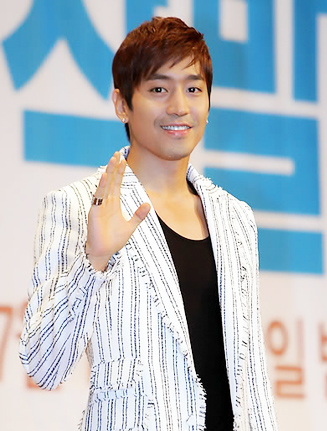 First generation idol star Eric Mun will make a comeback to TV dramas after a three-year break since his appearance in the KBS drama "Mighty Chil-woo" in 2008. Eric Mun will play a Hallyu star named Kang Woo -- who will be a target for a North Korean spy named Han Myung Wol (Han Ye-seul) -- in "Spy MyeongWol". During the production presentation held at the 63 Convention Center in Yeouido on July 5, Eric Mun said while smiling, "I worried whether I will be compared with another Hallyu star, Dok Ko Jin (Cha Seung-won), in the drama "The Greatest Love", and I studied very hard for differentiating my character from Dok Ko Jin. Actually, I was a huge fan of "The Greatest Love", and I watched every episode until the last one. But I felt worried because my character in this drama could be compared with the one in "The Greatest Love". I originally wanted to create my own style of speaking for a quarrel with Myung Wol, but I actually gave up and decided to play my character in as simple a way as possible. 'Spy MyeongWol' is a romantic comedy drama, but actually it is closer to a melodrama. It will not be very funny or very exciting, rather you will find yourself smiling while watching it".

Eric Mun finished his military obligation last year in October and he had planned to appear in the seafaring drama "Poseidon", but the drama had faced a production problem and he had ended up giving up his appearance in that drama. After much troubles, he finally decided to appear in the "Spy MyeongWol". Eric Mun said, "I wanted to make a comeback as soon as possible, but the break time was not only bad for me. I felt more pressure in "Poseidon" than now. The filming schedule for "Poseidon" had been delayed and finally canceled, and I came to appear in this drama. I feel really relaxed and very happy now because I could meet these good actors and good staff members. I think that I was very lucky". 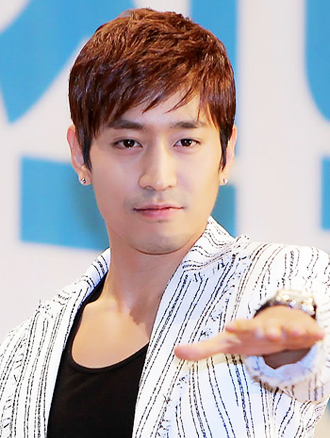 "Spy MyeongWol" must compete with other outstanding dramas such as "Miss. Ripley" on MBC and "Warrior Baek Dong-soo" on SBS. Eric Mun said, "I think that there will be distinguishing aspects about our drama. I worry about the smooth flow of a historical drama, but anyway I believe that our drama will be very successful".

"Spy MyeongWol" will be broadcast every Monday and Tuesday at 9:55 pm from July 11.