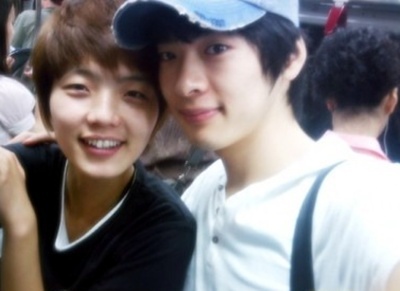 Due to national military service and more... they break up after three years.

The two settled things in the middle of last year and decided to move onward along separate paths. Jo Sang-geun, who is currently in the middle of his national military service at the moment, told Sports Hangook, "I am on leave right now. We have broken up. There is nothing more I can say".

Ahn Young-mi and Jo Sang-geun met through the 2007 children's musical "Let's Go! Adventure Into the Body" and developed a relationship. Their relationship was revealed in 2009 but they first denied the fact. Next January Ahn Young-mi admitted to the relationship.

She had said, "My mother was worried about dating a guy who hadn't been through his national military service yet".

A friend of hers said, "Ahn Young-mi is very good to her mother. She knew her mother was worried so she was very careful about going public about this matter. However, the national military service led to their break up after three years".

Ahn Young-mi debuted as comedian in 2004 and is widely known for her performances on "Gag Concert". She was awarded the Comedian Award at the 2009 KBS Awards and is currently in first place on the TV program "Comedy Big League" on tvN.

Jo Sang-geun started off with an SK Telecom commercial and the musical "From The Bottom" and also appeared in "4th Period Mystery", "This Is Love", "Goodbye My Smile" and more. 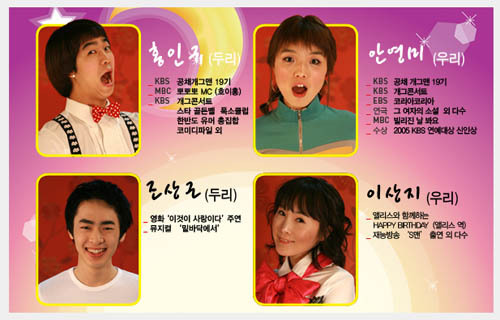 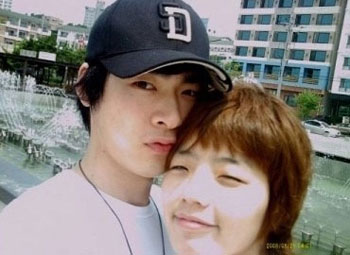 "[Exclusive] Ahn Young-mi and Jo Sang-geun break up"
by HanCinema is licensed under a Creative Commons Attribution-Share Alike 3.0 Unported License.
Based on a work from this source