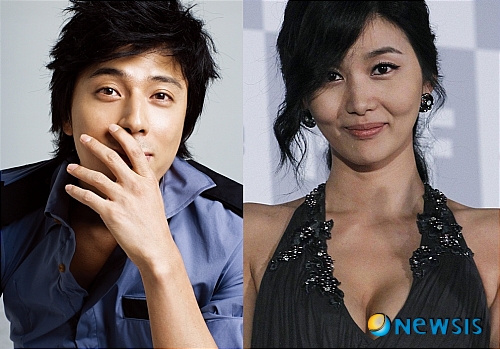 Having been on KBS 1TV "Merchant Kim Man Deok" last year April together, there was rumor that the two might be together.

Their managements had denied the rumor then, saying they were just co-workers.

However, Han Jae-suk's management revealed on the 16th, "They can't live without each other. They have been seeing each other a lot in XXXX. Plans of marriage hasn't been discussed in detail but they have plans to get married".

"The two started to bloom in "Merchant Kim Man Deok"". They might get married when the movie he's in is over". Han Jae-suk is filming the movie "HIT" which is to be released this fall.

Meanwhile, Park Sol-mi's management is still denying the rumor saying, "As it was said before, rumors about them dating are not true".

"[Exclusive] Han Jae-suk and Park Sol-mi are in a relationship"
by HanCinema is licensed under a Creative Commons Attribution-Share Alike 3.0 Unported License.
Based on a work from this source