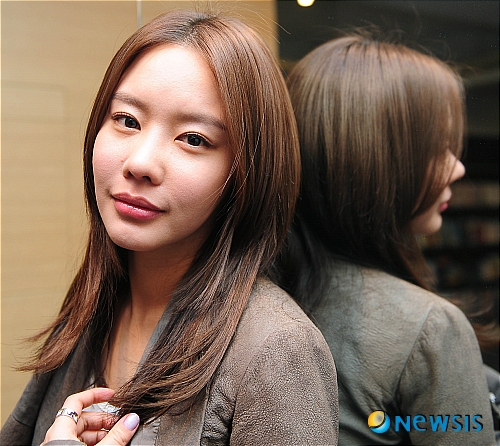 NTS caught Kim Ah-joong's omission to report some parts of her income and recently started looking into it.

Kim Ah-joong became object to investigation as she intentionally reported her income more decreased despite her situations where she had earned more and added up excessive sums without proof.

Kim Ah-joong's management said, "We recently parted with Kim Ah-joong, there is nothing for us to say".

Previously, Kim Ah-joong did civil charity work as the 'honorable 1 day civil volunteer' in the "41st Taxpayer's Day" in 2007. She had said then, "I hope many people become rich and pay more taxes".

Kim Ah-joong debuted in 2004 as a cell phone model and was focused on in the 2005 KBS 1TV drama "Emperor of The Sea" and movie "When Romance Meets Destiny". She also became the MC of TV program "Happy Together" in the same year. In 2007, she played the role of Kang Han-na in the movie, "200 Pounds Beauty" and rose to stardom. She then was in 2009 KBS 2TV drama "The Accidental Couple" and in the early 2011 SBS TV drama "Sign".

Meanwhile, the entertainment business is shaking as tax dodgers such as Kang Ho-dong and Kim Ah-joong are being investigated. Viewers also suspect the bets placed by the general service channels to recruit famous stars.

The National Tax Service is targeting stars that are likely to avoid paying taxes and investigating them. It is possible there will be more.

"[Exclusive] Kim Ah-joong tax evasion, NTS imposes 6 hundred million"
by HanCinema is licensed under a Creative Commons Attribution-Share Alike 3.0 Unported License.
Based on a work from this source