EXID Carries on as Quartet as Leader Battles Illness 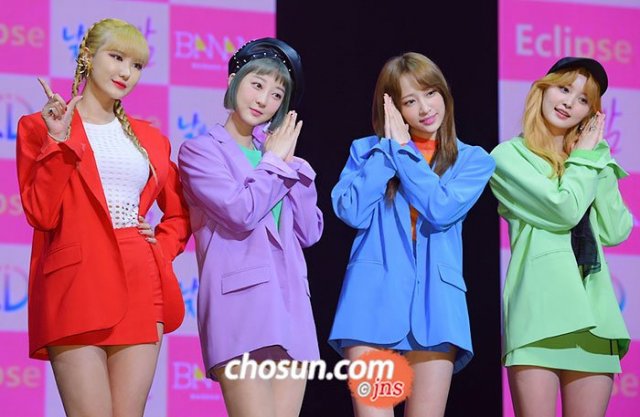 Five-member girl group EXID has launched a new album, but only four of the members were involved in the project. Lead singer Solji had to withdraw due to health issues after developing hyperthyroidism, from which she is still recovering.

The other four members held a showcase for the album in Seoul on Monday.

LE, who co-produced the album, said, "We spent a long time thinking about what fresh musical direction we should take for the album. We actually recorded a top track with Solji, but she had to withdraw in order to recuperate, which forced us to revise our plans".

"We were worried about how this last-minute change would turn out, but much to our relief, it seems to have been well received", she added.

"EXID Carries on as Quartet as Leader Battles Illness"
by HanCinema is licensed under a Creative Commons Attribution-Share Alike 3.0 Unported License.
Based on a work from this source