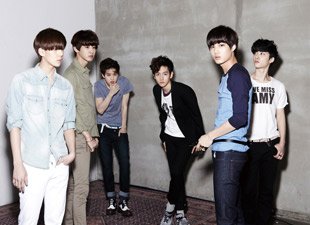 The Red Cross Youth partnered up with SM Entertainment back in April of 2011, and thus as one of SM's artists, EXO-K, had been taking part in various Red Cross events since before their debut.

2013 marks the 60th anniversary for the Korean Red Cross, thus the organization stated that it hopes the EXO-K members will do their part to further expand the concepts of giving and sharing in the minds of Korea's teens.

"EXO-K Appointed Honorary Ambassadors For Korean Red Cross Youth"
by HanCinema is licensed under a Creative Commons Attribution-Share Alike 3.0 Unported License.
Based on a work from this source