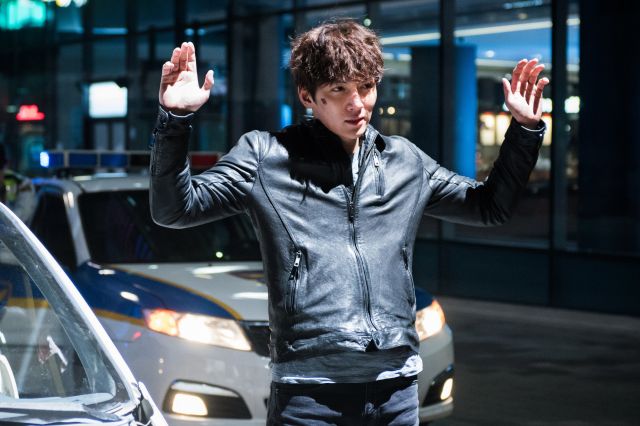 The movie is about a man whose life in completely changed after he is framed for murder and he goes about bringing the truth to the surface. The movie is directed by Bae Jong and stars Ji Chang-wook, Shim Eun-kyung, Oh Jung-se, Kim Sang-ho, Kim Ki-cheon, Ahn Jae-hong, Kim Min-kyo and others.

Ji Chang-wook who became an Asian star with "Empress ki" takes on the role of Kwon Yoo, a great leader when it comes to leading his game team 'Resurrection' but a jobless nobody in reality. Shim Eun-kyung takes on the role of Yeo-wool a genius hacker who breaks down the case with Kwon Yoo.

Ji Chang-wook is starring in his first movie. He said, "I want to tell everyone that they did a good job. I appreciate everything everyone has done for this movie. I thought a lot about the director and Ji Chang-wook and have always wanted to work with them and it was an honor to be able to".

"Fabricated City" is coming out this year.

""Fabricated City" Ji Chang-wook game VS reality "
by HanCinema is licensed under a Creative Commons Attribution-Share Alike 3.0 Unported License.
Based on a work from this source