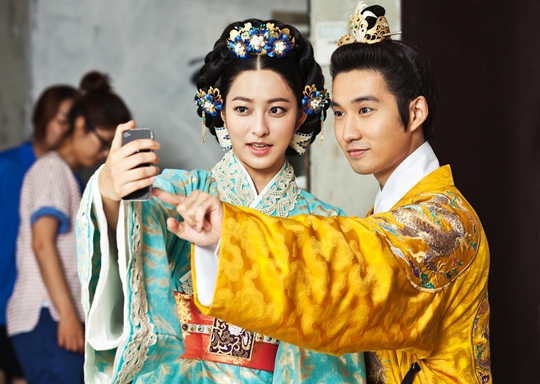 Park Se-young, who takes on the role of Princess No-gook in the new SBS drama "Faith" revealed a cute self cam with Ryu Deok-hwan.

The two will be in a romance together as King Gong-min and Princess No-gook. Apparently they really seem like couple already.

They are still awkward as they haven't done a scene together yet but they are playing their roles as they should once the cameras go on.

Meanwhile, "Faith" will be broadcasted on the 13th of August.

""Faith" Park Se-young and Ryu Deok-hwan's self cam"
by HanCinema is licensed under a Creative Commons Attribution-Share Alike 3.0 Unported License.
Based on a work from this source