Fans Around the World Say Goodbye to SHINee's Jonghyun 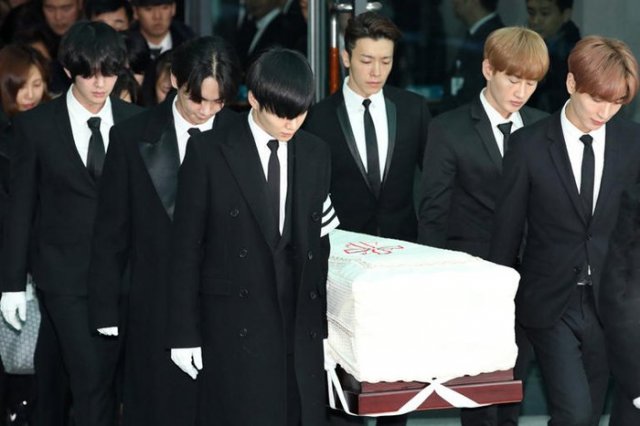 Friends of Jonghyun, a member of boy band SHINee, carry his coffin in a funeral at Asan Medical Center in Seoul on Thursday. /Yonhap

Fans around the world are mourning the death of Jonghyun of boy band SHINee, gathering in front of Korean embassies in their countries to express their grief.

On its official Twitter and Facebook pages, the Foreign Ministry on Thursday put up photos of mourners across the globe. Fans flocked to Korean embassies to bid farewell to their idol.

Russian fans offered flower tributes while fans in the U.S. held candles to pay their respects.

Fans in Taiwan on Wednesday posted a billboard ad on landmark skyscraper Taipei 101. "Thank you, Jonghyun. You made us happy", it read. 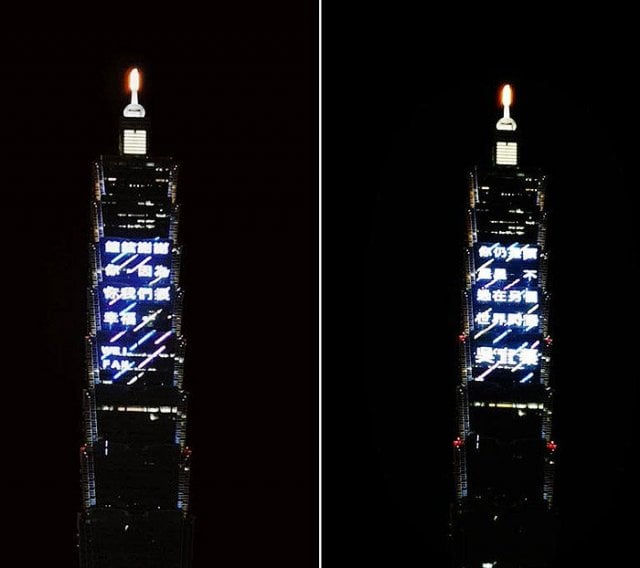 A message to mourn the death of boy band SHINee's Jonghyun appears on Taipei 101 in Taipei, Taiwan on Wednesday. /Yonhap

Fans in Chile on Tuesday posted a video clip on YouTube singing SHINee's debut song "Replay" together in front of the Korean Embassy in Santiago.