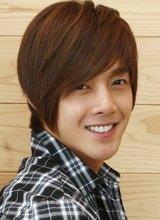 His donation comes just days after his fan club donated W10 million to the foundation to help single elderly people in need.

"Kim said he was moved by his fans, who took the initiative to help those in need on his behalf, so he decided to follow in their footsteps", the foundation said.

Around 60 percent of the money will be used to help elderly people who live alone, while W20 million will go to a scholarship fund that the foundation created in the star's name.