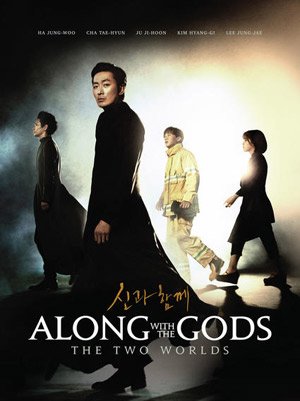 Fantasy film "Along With the Gods: The Two Worlds" has become the third biggest box-office hit of all time, breaking the 13 million viewer mark on Monday.

Some 13.54 million tickets had been sold as of Monday afternoon, according to the Korean Film Council. The film hit local theaters on Dec. 21 last year.

The movie outsold the hit crime flick "Veteran", which was released in 2015 and attracted around 13.41 million viewers in total.

"Along with the Gods" is taking off overseas as well. It has topped the weekend box office twice in a row in Hong Kong since its release there on Jan. 11.