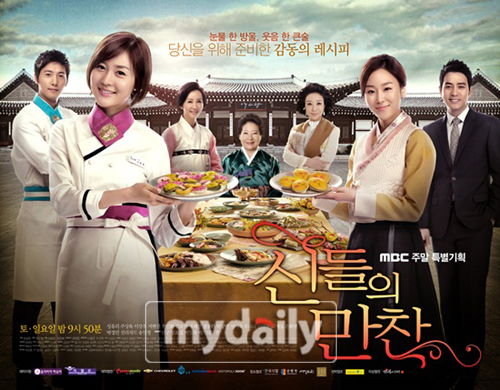 The first episode of "Feast of the Gods" started off well.

The previous MBC weekend drama "Hooray for Love" rated 23.5% on its final episode and 16.4% on average but compared to its first episode ratings of 9.4%, this isn't a bad start.

Child actors like Park Min-ha drew attention. Jeon In-hwa plays the character of Do-hee, who is elegant but holds pain within her. Yeon-woo (Park Min-ha) also stimulated mothers' hearts with her crying.

""Feast of the Gods" starts off with 14.8%"
by HanCinema is licensed under a Creative Commons Attribution-Share Alike 3.0 Unported License.
Based on a work from this source