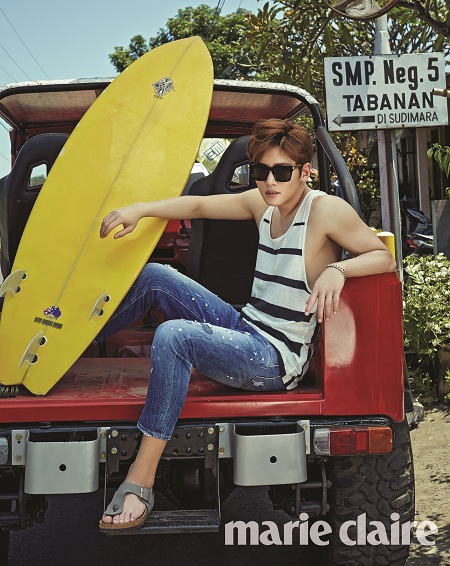 "Healer" actor Ji Chang-wook proved his acting ability as well as his ability to earn public fame and has emerged as one of the top stars.

Fashion magazine, Marie Claire May issue has revealed Ji Chang-wook's pictorial filmed in Bali as well as his interview. The pictorial followed by his candid interview captured his relaxing moments after he had completed his jam-packed schedule. 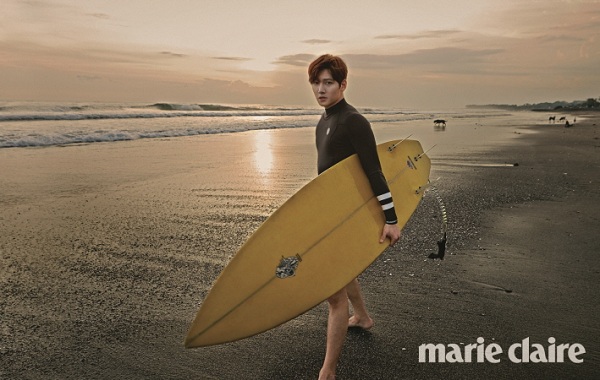 Even after the completion of "Healer", he was tied with the busy schedule including the onstage performances for the musical, 'Those Days' on nation-wide tour. And then he left to Bali to spend the simple and comfortable time in the exotic scenery in Bali.

The pictorial captured his natural sides walking alongside seashores and riding a motorcycle in his comfortable clothes.

Ji Chang-wook is well-know for his witty comments he often makes even during the tight timetable accommodated on the set. Thanks to his natural and cheerful personality, the pictorial shoot in Bali as well was pleasant for everybody according to the staff, who participated in the session. 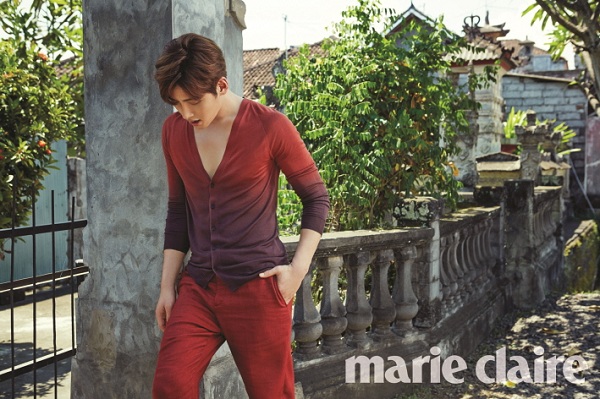 In the following interview, Ji Chang-wook said he would like to go on his journey step by step through various projects. "I hope the process will be happier and more fun. I'd like to be a happy actor, whom everybody would want to work again with", said he. 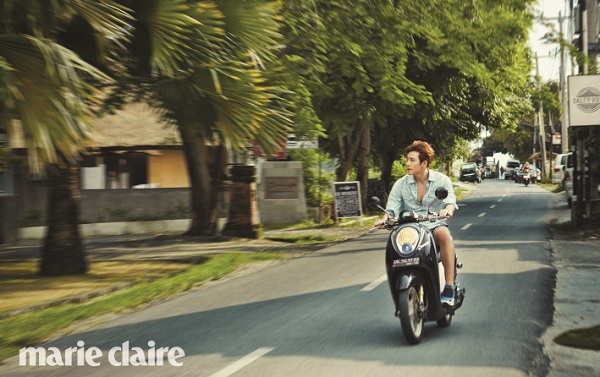 Ji Chang-wook is currently still on the nation-wide tour for the musical, 'Those Days'. Next performance will be in Daejeon on April 25th.

More of the heartthrob actor Ji Chang-wook's interview and pictorial can be seen in Marie Claire May issue and on its official website (www.marieclairekorea.com).

"Feast your eyes: Actor Ji Chang-wook's Bali pictorial has unveiled finally "
by HanCinema is licensed under a Creative Commons Attribution-Share Alike 3.0 Unported License.
Based on a work from this source