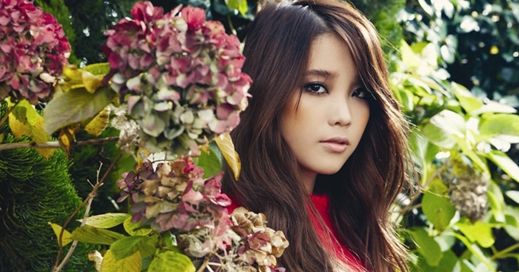 "Good Day" is the title track to IU's second EP album "Real" whose lyrics is about a girl confessing her feelings to a guy. The teenage singer has won attention particularly for the high pitch she reaches at the end of the song.

"Oh YEAH" a rap song by male duet G-Dragon and T.O.P.(Choi Seung-hyun) from boy band Big Bang's first full-length album as a duo unit, landed on second place after entering the chart for the first time.

The No.3 song, also a newcomer to the chart, was a soft ballad titled "I Promise You" which pleads one love to come back. The song is the title track to veteran male singer Park Hyo-shin's sixth album "Gift".

Meanwhile, the ranks on Mnet's weekly album chart was similar to that of the order on the singles chart.

IU's "Real" released on December 9, reached the highest position once again, taking the first spot two weeks in a row.

Coming in second was Park Hyo-shin's "Gift" composed of six songs and an instrumental piece of title track "I Promise You" which was released on December 13 and in third was GD & T.O.P. (Choi Seung-hyun)'s first regular album containing a total 11 tracks which went on sale December 15.

"Female singer IU rules Mnet chart for 2nd week "
by HanCinema is licensed under a Creative Commons Attribution-Share Alike 3.0 Unported License.
Based on a work from this source