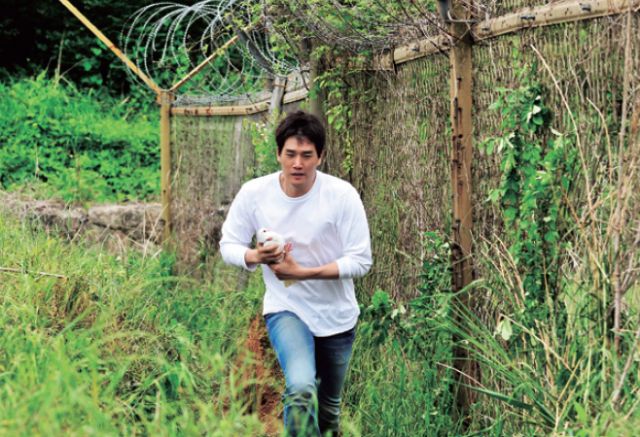 Tokyo IFF invites "Sector 7" and five other Korean films
3D sea creature film Sector 7 will have a Special Screening while KONG Quee-hyun's mystery "U.F.O". and Na Hong-jin's thriller The Yellow Sea will be in the Winds of Asia section. A restoration of master filmmaker Kim Ki-young's 1961 "Hyeon-hae-tan Knows" (a.k.a. "The Sea Knows") will have a screening in the Discovering Asian Cinema: Film History á La Carte section. One Shining Day and Two Rabbits in Osaka will both screen in the SUGINO Kiki: Muse of the Asian Indie Cinema section.
"Sector 7" is due for release in Japan on Nov. 12, 2011.
The 24th TIFF will be held Oct. 22 – 30.

DMZ Docs 2011 closes with Tiniest Place top winner
The festival wrapped Sept. 28 with a screening of the international competition top award winner, The Tiniest Place. Directed by Tatiana HUEZO, the Mexican film won the White Goose Award which comes with KW15 million and the honor of screening as the festival's Closing Film.
Running for seven days, the documentary film festival was held primarily in around Paju City, led by co-festival directors Cho Jae-hyun and YOO Ji-tae. DMZ Docs 2011 screened 100 films from 30 countries with a focus on works that dealt with the concepts of peace, life and communication, as befitting a festival founded around the border between North and South Korea.